IND vs ENG: Big blow to Team India, Shubman Gill out of the opening test 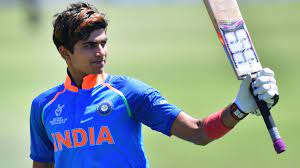 New Delhi, 30/6 (AO Bureau)Team India has suffered a major setback before the Test series (India vs England). Opener batsman Shubman Gill will not be able to play in the initial Test due to injury. However, there is still more than a month left for the start of the Test series. Shubman’s performance was not good in the last England series and the final of the World Test Championship. Fingers were also pointing at him.

According to the report of Cricbuzz, Shubhagan Gill has been ruled out of the opening Test of the five-match Test series. However, there is no clarity on the nature of his injury yet. He is probably troubled by a calf, hamstring injury. But they have been out for a long time. However, he will not return home and will remain with the team. He is likely to be fit during the Test series.

Former England captain Nasser Hussain questioned Shubman Gill after failing in the final of the World Test Championship. He had said that due to failure in the final, it is difficult for Shubman to get a place in the team for the first Test. However, Team India will have more trouble than this. Mayank Agarwal or KL Rahul can get a place.

After the final of the World Test Championship, the players of Team India have been given a break of 20 days. The players will gather on July 14. After this, intra-squad matches will be played. The five-match series is to start from August 4. In 2018, Team India was defeated by 1-4 in the five-match Test series in England. On this, Virat Kohli would like to avenge the old defeat under his captaincy. Most of the eyes will be on Cheteshwar Pujara. He could not score a single century in the World Test Championship.

India bats for big changes in WHO