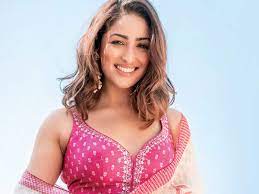 Mumbai, 2/7 (AO Bureau):Bollywood actress Yami Gautam has been summoned by the ED for questioning. The ED has sent this summons to the actress for questioning in connection with the violation of the Foreign Exchange Management Act. This second summon has been issued to the actress. The matter is being investigated by ED’s Zone 2 in Mumbai. Earlier last year, Yami was summoned, but the actress could not go due to the Kovid epidemic.

According to the information, Yami Gautam has been asked by the ED to appear next week on July 7. In fact, Yami’s personal bank account involved foreign exchange transactions, which she allegedly did not inform the authorities. She came under investigation after some transactions came to the fore. According to reports, the case is worth Rs 1.5 croreLast month, Yami married director Aditya Dhar very simply in Himachal Pradesh. The actress suddenly gave this good news to the fans by sharing photos of the wedding on social media. After marriage, Yami shared many photos which became a topic of discussion on social media.

Yami Gautam got fame from the beauty product Ad Fair and Lovely. From this he chose the path of Bollywood films. She has been a part of films like ‘Uri’, ‘Kaabil’, ‘Sanam Re’, ‘Ginni Weds Sunny’, ‘Vicky Donor’, ‘Bala’, ‘Badlapur’, ‘Total Siyapa’.

Talking about the work front, she is going to be seen in ‘Bhoot Police’, ‘Dasvi’, ‘A Thursday’. In these films, she will be seen alongside actors like Arjun Kapoor, Saif Ali Khan, Jacqueline Fernandez, Abhishek Bachchan and Nirmat Kaur.

What is special about Johnson & Johnson’s single dose vaccine?