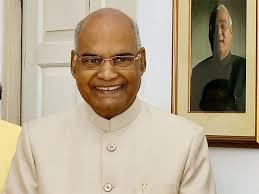 New Delhi, 18/7 (AO Bureau):President Ram Nath Kovind may visit Jammu and Kashmir and Ladakh to celebrate Kargil Diwas on 26 July. It is believed that he will go on a three-day tour. According to the officials, this three-day visit will start from July 25. Officials say that the President can visit the Kargil War Memorial during his visit. However, the preparations for this tour are going on right now.

This time India is going to celebrate 22 anniversary of victory against Pakistan in Kargil on July 26, 1999. It was named Operation Vijay. Indian soldiers defeated Pakistani soldiers in Kargil, Jammu and Kashmir.

The Kargil war between India and Pakistan lasted for about 3 months. This war started when Pakistani soldiers and terrorists infiltrated into Indian territory.