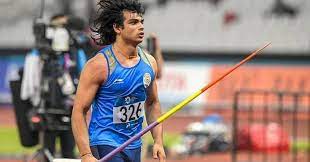 New Delhi, 10/8: Neeraj Chopra created history by winning gold in Tokyo Olympics. He has won India’s first Olympic medal in athletics. Neeraj threw the javelin for 87.58 meters in the second attempt in the final of the javelin throw. Which won him the gold medal. However, after that the rest of his throws got spoiled. In this regard, Neeraj said that after the second throw, in trying to try more, the rest of his throws got spoiled. Somewhere behind this technology was a big reason. After returning from Tokyo Olympics, Neeraj said in the press conference that I did the second throw of 87.58. After that in the next throw I was trying to do better. I felt that I could cross 90 meters and because of this all the rest of the throws got spoiled.

His gold was confirmed even before Neeraj’s last throw. About which Neeraj said that he was completely empty at the time of that throw. He just took the run and threw it. Whereas his last throw was much better than the previous throw.