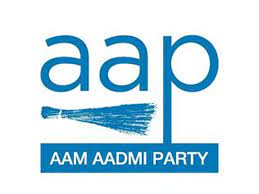 Punjab, 3/9: Assembly elections are to be held in Punjab in the early months of next year itself. Even though there is still a few months left in the election battle, but from now on the political agitation has intensified in the state. The era of speculation and speculation has begun. At this time every political party is engaged in increasing its strength in Punjab. Meanwhile, shocking figures have come out in the ABP News-C Voter Survey. According to the survey, Captain Amarinder may bid farewell to the government in the next assembly elections.

There is tremendous factionalism going on within the Punjab Congress and it is believed that the party may have to bear the brunt of it. At the same time, the main opposition parties in the state, Aam Aadmi Party and Shiromani Akali Dal have also started their own election campaigns and both the parties are increasingly questioning the leadership of Captain Amarinder Singh.

What the survey says: In the ABP News-C Voter survey, an attempt was made to understand on whose side the public is inclined this time. According to the survey, this time the Congress can get only 28.8 percent votes in the assembly elections. On the other hand, Shiromani Akali Dal can get 21.8 percent and Aam Aadmi Party can get 35.1 percent votes.

CM inaugurated the journey of 110 new buses in Odisha