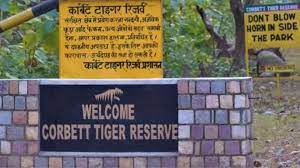 During his recent visit to the area, Choubey had announced that a tiger safari will be created at the Dhela rescue centre in Ramnagar. Speaking at an event in Ramnagar, he had said that the formalities regarding the proposal have been completed and a final announcement is likely soon.

UP Election: Lakhimpur Kheri killings give new lifeline to Opposition

IPL 2021: Umran Malik bowled at a speed of more than 150, Kohli also forgot the sorrow of defeat, gave a special gift