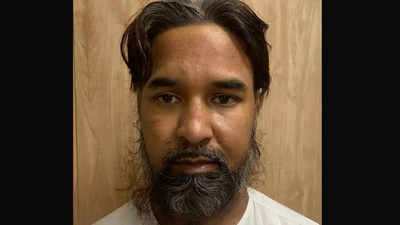 New Delhi, 12/10: The capital of the country, Delhi has come once again. On the one hand, on the one hand, the alleged terrorist of Pakistani Sleeper Cell living in Delhi for the last 15 years was arrested today, while the 16 places where the NIA raided today in Jammu and Kashmir revealed that the people whose places were raided were on their target. Delhi was. According to the investigating agencies, the strings of Narco Terrorism have also been connected to Delhi NCR. The court has sent the arrested terrorist to 14-day remand of Delhi Police for interrogation. The capital of the country, Delhi has once again come under the target of terror.

Be it the strings of drugs recovered from the Mundra port in Gujarat or the raids on terror hideouts in Jammu and Kashmir, all the wires have been linked to Delhi. The important thing is that the alleged face of Pakistani terrorist Ashraf Terror, who was arrested in Delhi with weapons and explosives, who was living in different parts of the country including the capital Delhi for the last 15 years as a Pir Maulana and sometimes by changing name and identity. A cache of weapons has been recovered from it. In which an AK 47 rifle, a hand grenade, 60 bullets, two pistols and its 50 bullets, an Indian passport and an Indian IED card made on fake documents. Now the Delhi Police claims that this terrorist named Ashraf alias Noori, a resident of Norwal Punjab, Pakistan, was a big pawn of a big conspiracy, which was from Laxminagar in Delhi to many places.