National Executive meeting of BJP to be held today 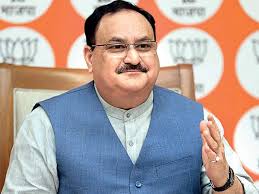 New Delhi, 6/11: The meeting of the National Executive of the Bharatiya Janata Party (BJP) is going to start shortly. Prime Minister Narendra Modi has also reached to attend the meeting being held at NDMC Convention Center in Delhi. During this, assembly elections in five states and organizational issues are likely to be discussed. Apart from central ministers, chief ministers and party leaders of many states are attending the meeting.

This meeting, being organized for the first time after the corona virus epidemic, will be organized on ‘hybrid’ mode. Under this, some members will personally attend the meeting in Delhi. At the same time, some members will become part of the virtual meeting. In the Hindustan Times report, quoting party officials knowledgeable in the matter, it has been written that 124 members of the BJP’s national executive including PM Modi, Home Minister Shah, National President Jagat Prakash Nadda will attend the meeting.