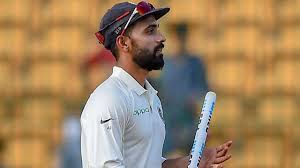 Mumbai, 3/12:The second Test match of the (IND vs NZ 2nd Test) series is to be played between India and New Zealand at the Wankhede Stadium in Mumbai. Even before the start of this match, Team India got a big setback and its 3 important players were out. Ajinkya Rahane, who took over the captaincy of India in the opening Test match of the series, has been out of the team. Apart from them, all-rounder Ravindra Jadeja and pacer Ishant Sharma will also not be able to play in this match due to injury.

This match marked the return of Virat Kohli to Team India, who was rested after the T20 World Cup. The toss, however, got delayed as the pitch has suffered minor damage due to rain