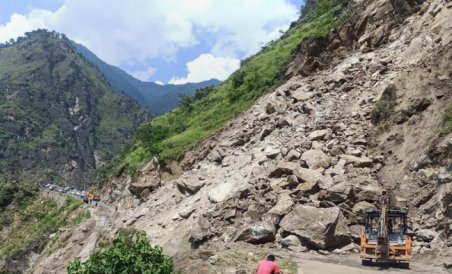 Haryana, 1/1: Four people have been killed and many are feared trapped after a landslide at Dadam mining zone here on Saturday, police said.

They said that around half-a-dozen dumper trucks and some machines were buried under the debris caused by the landslide which occurred around 9 am in Tosham block.

They said three people have so far been taken out of the debris and of them, two have died.

Umesh Yadav may return in place of Shardul Thakur