One day series defeat should be eye opener for India: Rahul Dravid 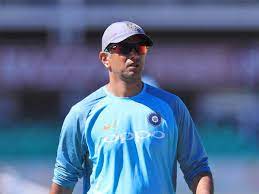 New Delhi, 24/1: India coach Rahul Dravid said on Sunday that the one-day series against South Africa was an “eye-opener,” but he expects his team to improve before next year’s World Cup.

“We’ve not played a lot of one-day cricket since the last World Cup,” said Dravid after South Africa completed a 3-0 series win in the third one-day international in Cape Town.

But Dravid said that India were set to play plenty of white-ball cricket in the immediate future.

“We’ve got a fair bit of time to go before the World Cup. I think it’s a good time to reflect and learn. We will get better and improve.”

Dravid pointed out that several key players, including recently-appointed captain Rohit Sharma and several all-rounders, were not available for the South African tour.

But he praised Deepak Chahar, who batted at number seven and hit a rapid 54 which took India to the brink of victory on Sunday.

“He certainly gives us some really nice options, with people like Shardul (Thakur) being able to contribute with the bat as well. There a lot of people who can step up in the next year or so and give us that depth in the side.”

Dravid said a balance needed to be struck between providing opportunities and results.

“Obviously once you give people security and consistency you need to expect performances as well. The idea is to give as much stability as we possibly can.”

Dravid refused to criticise KL Rahul, who took over the captaincy after Sharma withdrew because of injury.

“I thought he did a good job,” said Dravid. “It’s not easy to be on the wrong side of results. He’s just starting out on his journey as a captain.

“A large part of captaincy is also the execution of the skills of your players and the quality you’ve got. We were a little bit short on the one-day side of things.”