Who will be new captain of RCB? 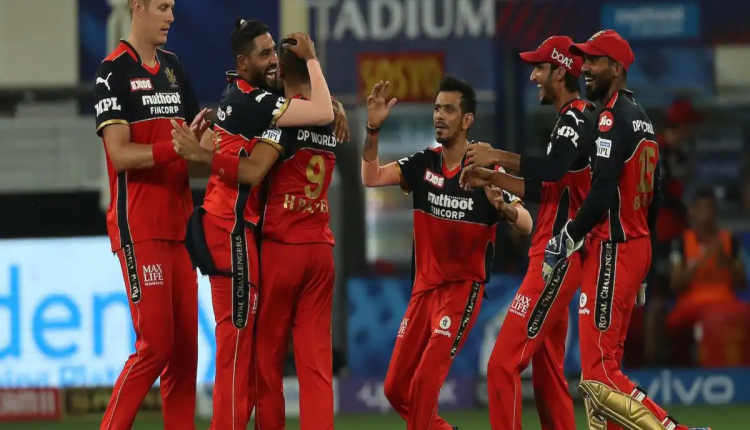 Bangalore, 30/1: Royal Challengers Bangalore team has not won the IPL title even once. After leaving the captaincy of Virat Kohli in T20 format, now this team will get a new captain. It will be interesting to see which player gets the responsibility of captaincy of RCB.

Virat Kohli had announced during the T20 World Cup itself that he would not take over the command of Team India in this format. He had spoken of leaving the captaincy after the T20 World Cup, but under his leadership, Team India could not even reach the semi-finals. He was later stripped of the captaincy of the ODI format and relinquished the Test captaincy after the series loss to South Africa. Now in IPL also he will play as a player for Royal Challengers Bangalore. At the same time, AB de Villiers has said goodbye to all types of cricket. Had it not been so, he could have been seen in the role of the captain of RCB.

Royal Challengers Bangalore has retained 3 players – Virat Kohli, Australian all-rounder Glenn Maxwell and pacer Mohammad Siraj. In such a situation, Maxwell can also be given the command of the team. Although he has not been seen in his excellent form for the last few seasons, but after getting the important responsibility, his game can also change. Former RCB captain and coach Daniel Vettori also feels that only for one season but Maxwell can be made the captain of this franchise. (AFP)

Former Delhi Capitals captain Shreyas Iyer has been released by his team. In such a situation, some franchises will also be eager to include him in the team. If he joins the Royal Challengers Bangalore franchise, then he can also be given the command of the team. Iyer also has experience of 87 matches in IPL. He has also scored 16 half-centuries in this T20 league. (AFP)

David Warner, who got Sunrisers Hyderabad the first title under his captaincy, can also get a new buyer in the auction. In such a situation, there is also a possibility that the Bangalore franchise will give him the responsibility of captain by including him in the team. He has made Hyderabad the champion under his captaincy in 2016. Warner, however, plays at the top of the order and could fit into the role after AB de Villiers retires. (AFP)