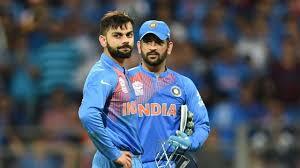 Here is the teams :

Your ICC Men's Test Team of the Decade 🏏

A line-up that could probably bat for a week! 💥 #ICCAwards pic.twitter.com/Kds4fMUAEG

The ICC Men's ODI Team of the Decade: