Maharashtra government may probe into tweets of Celebrities on Farmer Protest 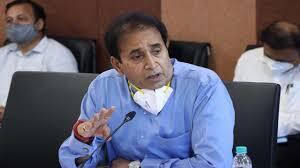 Mumbai, 8/2 (Ao Bureau): Indian celebrities also responded with tweets after the recent international voices about the farmers’ protest. Now the Government of Maharashtra can inquire about the tweets of all these Indian celebrities. Such signs have been given by Maharashtra Home Minister Anil Deshmukh on Monday. However, he has not given any order regarding this investigation yet. Rather just assured. Let us know that the tweeters about the farmer movement include many celebrities including former cricketer Sachin Tendulkar, Sachin Tendulkar, Bollywood actor Akshay Kumar, singer Lata Mangeshkar, Kangana Ranaut.

Let me tell you that these signs of being investigated have come when Congress demanded a police investigation into the matter of whether these celebrities were under pressure from the BJP to favor the central government on social media by tweeting. Congress state secretary-general and spokesperson Sachin Sawant had also met Maharashtra Home Minister Anil Deshmukh on this demand.