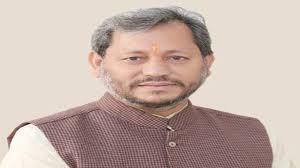 Uttarakhand, 10/3 (AO Bureau): The political stir in Uttarakhand seems to be finally over. After getting the command of Uttarakhand from the BJP high command, Teerath Singh Rawat officially took the oath of office on Wednesday. Governor Babirani Maurya administered him the oath of Chief Minister. After taking the oath, TS Rawat expressed disgust towards Prime Minister Narendra Modi and Home Minister Amit Shah. Also, he called Trivendra Singh Rawat his elder brother. Rawat said that now his full attention will be to work day and night for the people of the state and live up to their trust.