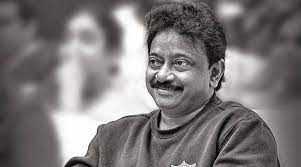 Mumbai, 15/4 (AO Bureau): Coronavirus has once again created an outcry in the country. The sequence of deaths is constantly increasing. This rising figure has upset everyone. Meanwhile, the royal bath and election rallies of Kumbh Mela are also taking place. A large crowd is being seen here. After seeing this crowd, now the film director Ram Gopal Varma has tweeted by tweeting.

Ram Gopal Varma remains very active on social media. Film director Ram Gopal Varma has tweeted by tweeting after more than 100 Kovid positives among the lakhs of people who attended the royal bath of Kumbh Mela. He has shared two tweets. In one tweet, he has taunted those who took a dip in the Kumbh Mela and in the second, he has spoken about the failure of the vaccine to be made and the efforts made.

OJEE examination will commence from June 17

Turkish President again raised the issue of Kashmir in UN,…

Yogi Adityanath said – Earlier, UP used to be the…