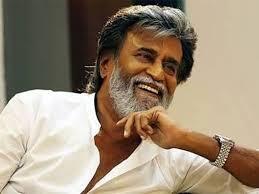 Hyderabad, 25/12 (AO Bureau) Superstar Rajinikanth’s health has suddenly deteriorated. After constant fluctuations in blood pressure, he is immediately admitted to the Apollo Hospital in Hyderabad. Recently, the shooting of Rajinikanth’s film ‘Annatthe’ was stopped because 8 members of the crew of this film were found to be Coronavirus Positive. After this, Rajinikanth had quarantined himself.

Apollo Hospital has released an official statement on Rajinikanth’s health. According to the hospital, no symptoms of corona have been detected in Rajinikanth, but his blood pressure changes are being observed. Due to this, he has been admitted to the hospital. Here the team of doctors is supervising them. Rajinikanth will be discharged from the hospital only after recovering.
Some people were found to be Corona positive on the sets of the film Rajinikanth had been shooting for the last 10 days. After this, Rajinikanth also got his Kovid test done on 22nd, the report of which came negative. Since then, he has quarantined himself.

Center formulates a plan for vaccination…