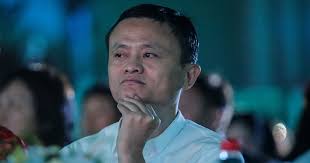 Beijing, 4/1(AO bureau) ;In a piece of shocking development,  Chinese Business magnate and Alibaba group Founder Jack Ma who has been under scrutiny of the Chinese government, has not been seen in public for more than a month.

The Alibaba founder also failed to appear as scheduled in the final episode of his own talent show, Africa’s Business Heroes. He was supposed to be part of the judging but was replaced by an Alibaba executive in the November final.

Jack ma’s business empire was under scrutiny after he gave a controversial statement against the Chinese government.

After a week, Ant’s IPO (valued at a record-setting US $37 billion or AU $48 billion) was suspended by the Chinese government. Since then Jack ma was not seen anywhere.