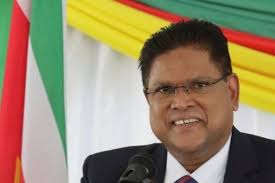 New Delhi, 10/1 (AO Bureau): Chandrikapersad Santokhi, President of Indian descent from Suriname, will be the chief guest at India’s Republic Day celebrations. After the British prime minister’s visit was canceled, the Indian government invited Santokh. He agrees to the invitation.

He was the chief guest at the Diaspora Indian Day celebrations last week. Santokhi was sworn in as president of Suriname in July last year.

On May 5, Boris Johnson called Prime Minister Narendra Modi to express his inability to come to India. Johnson canceled his visit to the UK because of the virus.

In the UK, infections are on the rise due to a new strain of the coronavirus. With that in mind, the lockdown has been announced again. Under the circumstances, it was not possible for the Prime Minister to travel abroad, according to Down Street, the British Prime Minister’s Office.

PM Modi becomes the most followed active politician in the world