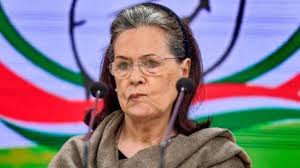 New Delhi, 11/1(AO Bureau): Congress interim president Sonia Gandhi spoke to the opposition leaders on Monday to chalk out a common strategy on agricultural bill. Before the Parliament session, all parties can meet to formulate a strategy for the opposition. The budget session of Parliament will start from 29 January. The budget session will be in two parts. The first session starts on 29 January and will run till 15 February. The second part of the budget session starts on March 8 and will run till April 8. In this session, on 1 February, the central government will present its budget. On January 29, the first day of the session, President Ram Nath Kovind will address both houses of Parliament.

Solicitor General Tushar Mehta said that the names will be handed over by tomorrow. In this case, today’s hearing ended without passing the order. Since the last week of November, farmers have been demonstrating on the Delhi border regarding the new agricultural laws of the central government. It has been more than 1 month since the farmers’ demonstration. But, despite eight rounds of talks with the government, the issue has not been resolved yet. On the other hand, all opposition parties including Congress are supporting the demand of farmers. In such a situation, this meeting of the opposition on agricultural laws before the budget session becomes important.