All efforts are being made to bring fugitive Vijay Mallya to India : Center 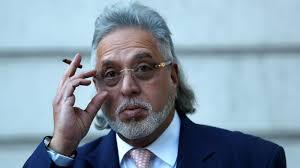 Share
New Delhi, 18/1 (AO Bureau ): The Center on Monday informed the Supreme Court that all efforts are being made to bring fugitive liquor businessman Vijay Mallya from Britain to India, accused of not repaying billions of rupees of loans from banks. Due to the ongoing legal proceedings at some points, there are delays. Vijay Mallya is accused in the case of non-payment of dues of more than nine thousand crore rupees on closed Kingfisher Airlines.
Solicitor General Tushar Mehta, from the bench of Justice Uday U Lalit and Justice Ashok Bhushan, requested some time to file a report on the status of Vijay Mallya’s extradition. On this, the bench adjourned its hearing for 15 March. As soon as the hearing started via video conference, Mehta shared with the bench a letter written by Foreign Ministry official Devesh Uttam about the status of Vijay Mallya’s extradition from Britain. He said that the Ministry of External Affairs has raised the issue of extradition of Mallya to the British Government and the Center is making serious efforts to bring him back. He said that despite all the efforts of the government, the situation remains the same and this matter is being repeatedly raised from the political executive level to the administrative level.
Share