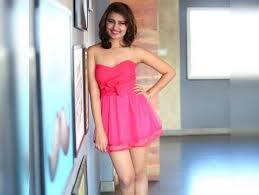 Bangalore, 25/1 (AO Bureau) : Kannada cinema actress and former Bigg Boss Kannada contestant Jayashree Ramaiah was found dead in her home today. Her body was found hanging at her residence in Bangalore. Jayashree Ramaiya had been struggling with depression for quite some time. It is being told that he was undergoing treatment at Sandhya Kiran Ashram in Bengaluru. Jayashree Ramaiya was a contestant of Bigg Boss Season 3. There is a wave of mourning in the Kannada film industry after Jayashree left the world like this.

According to the information, on Monday, when Jayashree Ramaiah did not answer the phone calls and messages of her family and friends, her friends contacted her at the ashram. When Ashram Authority saw it, Jayshree’s body was found hanging from the fan, after which the Ashram Authority informed the police.

It is being told that Jayashree Ramaiya was very upset due to lack of work for a long time, which she also mentioned to her friends many times.