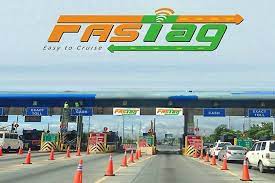 New Delhi, 14/2 (AO Bureau) ;If you are going to travel on the national highways of the country from February 16, then this news is of your meaning. Now, the option of FASTag payment has been made mandatory on more than 720 toll plazas of India’s national highways. Now if you are crossing the toll plaza of national highways, then it will become mandatory for you to need FASTag for your car. The Union Road and Transport Ministry has issued a notification for this. Now the cash payment at the toll plaza has been completely stopped. If your vehicle will not be fastened after midnight of 15 February, then now you have to pay double toll tax. You can cross the toll plaza by paying cash before 15 pm on February 15.

The road transport minister says
Union Road and Transport Minister Nitin Gadkari had said recently that fastag will be mandatory on all toll plazas of the country. Gadkari had clearly said that now the government is not going to increase the deadline of fast tag. In such a situation, people who have not yet fastened their vehicles, they should fasten their vehicles as soon as possible, otherwise their problems are going to increase in the coming days. From now on February 15, Fastag will be mandatory on all toll plazas. The minister had clearly said that if some people are thinking that the government will once again extend the last date of fastag, then know that the government is no longer increasing the deadline of fastag.

The Impact of Statewide Odisha Bandh