Jasprit Bumrah ruled out of the crucial 4th test 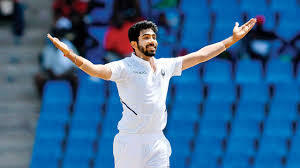 Ahmedabad, 27/2: Ahead of the crucial tie against for a spot in the final of ICC test championship, Indian pace sensation  Jasprit Bumrah has been ruled out of the 4th and deciding test against the England team. He cited personal reasons for his unavailability.

Jasprit Bumrah made a request to BCCI to be released from India’s squad ahead of the fourth Test owing to personal reasons. Accordingly, the fast bowler has been released and he will not be available for selection for the fourth Test,” the BCCI release read.

“There will be no addition to India’s squad for the final Test,” it added.