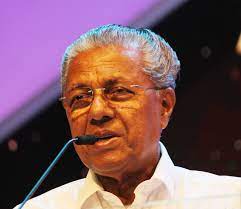 New Delhi, 1/5 (AO Bureau):  The state assembly polls are underway in Kerala. So far, the Left Democratic Front (LDF) is leading in four of the 180-seat assembly elections. With 71 seats needed to form a government, the LDF is leading by more than a majority. Opponents UDF are leading in 45 seats, while the NDA is leading in seven seats. With just a few days to go before the vote count, the LDF is guaranteed to win.

It is clear from the results that the people of the state have relied on the leadership of Chief Minister Pinarayi Bijayan again. The LDF is once again taking the lead in the state for Bijayan’s strong leadership. While he was in power, many of the state’s natural disasters were disastrous. Today’s success has made Vijayan a talented politician.
More about this source textSource text required for additional translation information