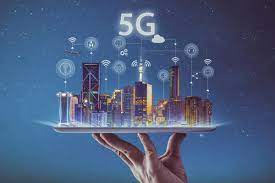 New Delhi, 12/5 (AO Burea) : The topic of 5G network in India is in full swing. Meanwhile, the country’s largest telecom companies Reliance Jio, Bharti Airtel, Vodafone-Idea and MTNL have got the approval for the 5G trial. The special thing is that none of these companies will take help of companies like Huawei and ZTE of China for 5G network installation.

‘Concern over China’s control’
At the same time, America has praised India’s decision to install 5G network itself. State Department spokesman Ned Price said on Tuesday that this is a good decision by the Government of India. He said that it is true that we are worried about installing a 5G network from the equipment that China controls.

Let us know that the telecom companies have joined hands with service providers like Ericsson, Nokia, Samsung and C-Dot for the 5G network trial. At the same time, Reliance Jio Infocomm Limited will use its own 5G technology and trial it. This decision of the Telecom Department has made it clear that the Central Government will be able to provide China with 5G network installation.