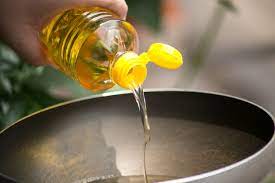 New Delhi, 27/6 (Ao Bureau);There is news of relief for the common man. After the fall in foreign markets, oil prices have also come down, that is, edible oil has become cheaper than before. There has been a fall in soybean, groundnut, cottonseed and palmolein Kandla oil prices in Delhi’s oilseeds market last week, while the prices of mustard oil-oilseeds and soybean grain and loose due to increase in local demand and export demand of DOC. Show closed.

Informed sources in the market said that the consumption of mustard has increased during March, April and May due to the fact that it is cheaper than imported oils. Due to making refined from mustard, there was also a shortage of mustard. Food regulator FSSAI’s ban on adulteration of any other mustard oil from June 8 has also increased the demand for pure mustard oil among consumers.

In comparison to the demand for mustard, the arrival in the market is less and the farmers are bringing the goods intermittently. Under these circumstances, there was an improvement in mustard oil-oilseeds prices during the weekend under review as compared to the previous weekend. Sources said that the upcoming mustard crop is expected to be vigorous with the prices that the mustard farmers have got in the current season and experts are of the view that farmers may sow more mustard instead of wheat.

Sources said that the government should make arrangements for mustard seeds from now on as the crop is available in the market now and lest the shortage of seeds becomes a hindrance in the way of a possible bumper yield of mustard on the occasion of sowing. The current level of mustard consumption is only around 70-75 per cent but in the next 10-15 days the level of consumption will increase to 100 per cent and there is a shortage of arrivals in the mandis.