Kamlesh Prajapati encounter: There may be a tussle between the Center and the Gehlot government, know what is the reason 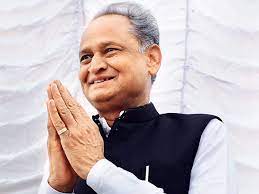 CBI did not take any decision
The CBI comes under the Union Ministry of Personnel and Public Grievances. The ministry will refer the letter received from the Rajasthan government to the CBI. CBI will decide whether to investigate or not only after examining the entire case. Usually, political interference in such matters also decides a lot. The State Home Department Group-1 had sent the recommendation letter, notification and the documents of the entire case to the Union Ministry of Personnel, Public Grievances. Amidst increasing pressure from local MLAs and Prajapat Samaj, the state government will probably write a reminder letter on Monday. Kamlesh encounter was under question from day one. No one could believe the story the police was telling in this case. People of Prajapat Samaj, including Pachpadra MLA Madan Prajapat, raised questions on the encounter and demanded a CBI inquiry into it.

The first batch of Corona Vaccine Moderna may come to India in the next few days: Sources