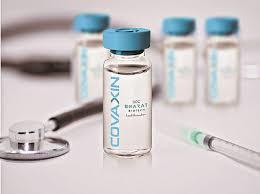 New Delhi, 11/8: The study of ‘vaccine mixing’ will now be done on India’s indigenous vaccine Covaxin (COVAXIN). According to exclusive information received by News18, the Drugs Controller General of India (DCGI) has given green signal to Bharat-Biotech to conduct a mixing study of its nasal vaccine and covaccine. Through this, the results of vaccine mixing will be estimated.

According to a government official with knowledge of the matter – the drug regulatory body has given permission for Phase 2/3 randomised, multi-centric, clinical trial. The application related to this study by Bharat Biotech was presented before the subject committee of DCGI on July 29.

The clinical trial results of the first phase of the nasal vaccine (BBV154) were submitted in June.

As far as both these vaccines are concehas got jpermission for emergency use in India from the beginning. It is a major part of India’s vaccination programme. At the same time, the clinical trial results of the first phase of nasal vaccine (BBV154) were presented by Bharat Biotech to the Central Drugs Standard Control Organization (CDSCO) in June. The expert committee of CDSCO had advised that Bharat Biotech should use both drops and spray in clinical trials.

Let us tell you that a group of experts and some recent studies have advocated vaccine mixing. They say that mixing has revealed better immunity. In such a situation, this study of Bharat Biotech will be the first in itself in which the mixing of nasal vaccine and common vaccine is being done.

Good News: Increase in salary of bank employees from August,

India vs England, 2nd Test: Stuart Broad out of Test series, got bad news in hospital