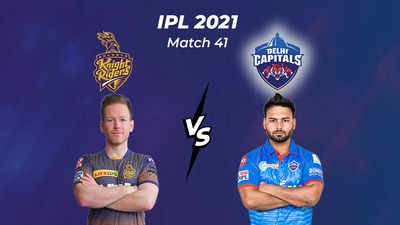 Dubai, 28/9:In IPL 2021, KKR has kept alive the hope of reaching the playoffs. The team defeated Delhi Capitals by 3 wickets in a match. This is KKR’s fifth win in 11 matches. The team remains at number four in the table with 10 points. Playing first in the match, Delhi scored 127 runs for 9 wickets. In reply, KKR achieved the target in 18.2 overs for 7 wickets. Delhi is second in the table with 16 points. He will still have to wait to qualify directly for the playoffs.

Shubman Gill (30) and Venkatesh (14) added 28 runs for KKR chasing the target. Rahul Tripathi 9, Eoin Morgan zero and Dinesh Karthik could only score 12 runs. The team had lost 5 wickets for 96 runs in 15 overs. In such a situation, it seemed that the match would be exciting. But Nitish Rana made an unbeaten 36 and Sunil Narine (21) added 26 runs to ensure the victory of the team. Narine scored 21 runs in 10 balls. Hit one four and two sixes. Fast bowler Kagiso Rabada gave 21 runs in the 16th over. From here the match completely went in favor of KKR. Saudi got out after scoring 3 runs. Lockie Ferguson remained unbeaten on zero. Avesh Khan took the maximum 3 wickets for Delhi.

Bihar Politics: LJP claims mid-term elections will be held in Bihar, party is preparing to contest on 243 seats