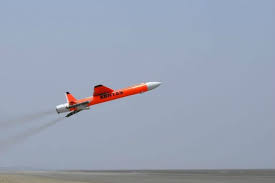 New Delhi, 22/10: Amidst the ongoing border dispute with China and Pakistan, India is continuously working to strengthen its army. In a series of strengthening the Indian Army, the Indian Defense Research and Development Organization (DRDO) on Friday successfully test-fired different systems of its High-Speed ​​Expandable Aerial Target (HEAT) exercise. According to DRDO, the exercise – High-Speed ​​Expandable Aerial Target (HEAT) was successfully test-fired at the Integrated Test Range located off the coast of Bay of Bengal in Chandipur, Odisha.

The official statement said that during this time the missile hit its target at a fixed speed. Scientists were monitoring the path, speed etc. of the missile with hi-tech equipment during the test. It can be used as an aerial target for surveillance of various missile systems, the statement said. It is capable of endo-atmospheric, surface-to-air and air-to-air strikes.

If the new variant of Corona is not found, then the country will be saved from a dreadful wave like Second Wave: Experts