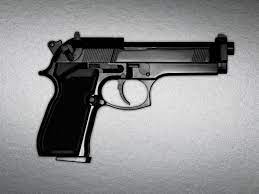 The incident in Vidisha, around 60 km from Bhopal, created panic among residents in the locality as Ranjeet Soni was shot dead close as he came out of a government office in broad daylight.

The local police reached the spot soon after the incident was reported.

Additional Superintendent of Police, Vidisha, Sameer Yadav told the press that the victim had gone to the Janpad Panchayat office to collect some documents.

As he was stepping out from the office and reached the gate, he was shot dead by an unidentified gunman, police said.

Police have started examining CCTV footage to identify the accused. “A case has been registered and police teams have been deployed to find out the accused,” the ASP said.

In February this year, a Dalit RTI activist was beaten up and was forced to drink urine in Madhya Pradesh’s Gwalior district.

An RTI activist was abducted and beaten to death by some unidentified people in Morena district, neighbouring Gwalior, in 2017.

A Bhopal-based RTI activist, who did not want to be named, said: “RTI activists are being threatened on a daily basis and it is becoming dangerous to work in Madhya Pradesh. We have been demanding the implementation of the whistleblower act in the state to protect RTI activists.