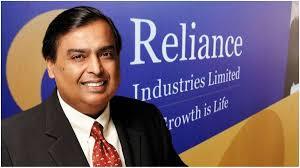 Mumbai, 21/12(AO Bureau) The Rs 24,000 crore deal involving Mukesh Ambani-led Reliance Industries and Kishore Biyani’s Future Retail may have to wait a little longer. In fact, the Delhi High Court dismissed the petition filed by Kishore Biyani-led Future Retail Ltd (FRL), in which the company, led by businessman Jeff Bezos, refused to write to the SEBI, CCI about the Singapore court’s decision.  However, now Amazon can tell the decision of the Singapore court to the authorities.

Justice Mukta Gupta of Delhi High Court dismissed the petition of Future Retail. In this petition, it was claimed that Amazon is writing to the authorities about the emergency tribunal’s decision on the Reliance-Future deal worth Rs 24713 crore. The Singapore International Tribunal Center (SIAC), in its order of 25 October, ruled in favor of Amazon. In the meantime, Future Retail was prohibited from issuing securities for any transfer, liquidation, or acquisition of funds from the other party under any agreement.