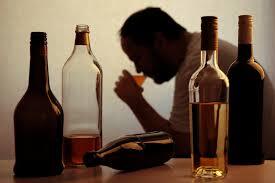 Sukhpal, Satish, Kalwa, Sarjeet, and Panna Lal of Sikandarabad Kotwali village Jeetgarhi have died. 15 people are still admitted to hospitals in Bulandshahr and Noida. Ajay has lost his eyesight after drinking alcohol.

Let us know that there is chaos in the village after the liquor scandal. SSP Bulandshahr told that three police personnel including the station in-charge have been suspended and further investigation is going on.