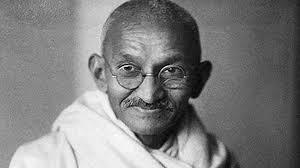 New Delhi, 30/1 (AO bureau) : Today is the 73rd death anniversary of Gandhi, the Father of the Nation. On this day, on 30 January 1948, he was assassinated by Nathuram Godse. Everyone, from President Ramnath Kovid to Prime Minister Narendra Modi (PM Modi), has given a humble tribute to Bapu on this occasion. PM Modi has said that his ideals continue to inspire millions. While the President has appealed to the people to follow the path of their truth and love.

On this occasion, President Ramnath Kovind tweeted, “Today I salute the memory of the great nation on behalf of the grateful nation on the day of the immortal sacrifice of Father of the Nation Mahatma Gandhi. We should follow his ideals of peace, non-violence, simplicity, purity of means, and humility. Let us pledge to walk the path of truth and love shown by him.

On behalf of a grateful nation, my humble tributes to the Father of the Nation, Mahatma Gandhi who embraced martyrdom this day. We should adhere to his ideals of peace, non-violence, simplicity, purity of means and humility. Let us resolve to follow his path of truth and love.

Tributes to the great Bapu on his Punya Tithi. His ideals continue to motivate millions.

On Martyrs’ Day we recall the heroic sacrifices of all those great women and men who devoted themselves towards India’s freedom and the well-being of every Indian.

ED arrests Chairman and MD of Omkar Group in a 22,000 crore scam