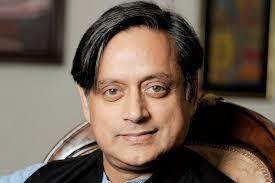 New Delhi, 9/2 (AO Bureau): On 26 January, the Supreme Court gave a big relief to Congress MP Shashi Tharoor and 6 journalists in the Republic Day Violence case during the Kisan Tractor rally in Republic Day is. The Supreme Court on Tuesday, hearing the case, has stopped the arrest of all of them. Along with this, notices have been issued to UP, Madhya Pradesh, Haryana, Delhi, and the Central Government and have sought answers. Now the matter will be heard after two weeks.

Cases have been registered against Congress MP Shashi Tharoor, journalist Rajdeep Sardesai, Mrinal Pandey, and other journalists in this case. These people are accused of inciting a riot by wrong tweeting on the day of the tractor rally of farmers. A case of treason has also been filed on them.