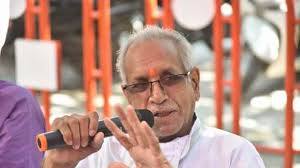 UP, 18/2 (AO Bureau): The work of collecting dedication funds for the construction of Ram Mandir in Ayodhya is in full swing. In this regard, General Secretary of Shriram Janmabhoomi Shrine Trust, Champat Rai has said that we have stopped taking surrender funds through UPI and barcodes because it is not trustworthy. The trust has only 3 accounts. This includes the State Bank of India, Punjab National Bank, and Bank of Baroda. We have told the banks themselves that anyone can tamper with the UPI and barcode.

Deposit of funds is not just our trademark – General Secretary
In an interview given to Divya Marathi, Rai said that we received a lot more donations than expected. Where 100 rupees were expected, 100 rupees are being received from where 100 rupees were expected. It takes 8-10 days to clear a check deposited in a bank. The final figure will be known only after the end of the campaign on 27 February. The treasurer of the trust, Govind Dev Giri, has said that the amount deposited so far is Rs 1,500 crore.