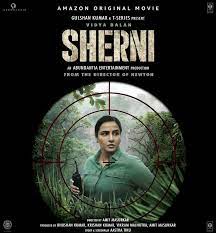 New Delhi, 31/5 (AO bureau): The teaser of Bollywood’s most famous actress Vidya Balan’s most awaited film Sherni (Sherni) was released today. In this 30-second teaser, Vidya Balan is seen speaking only one dialogue, which touched people’s hearts. In the teaser, Vidya is seen wandering in the forest with her two companions, and in the background a dialogue is heard in Vidya’s voice – ‘No matter how dense the forest is, the lioness finds its way …’ .

Along with this teaser, it has also been told that the trailer of this film is going to be released on June 2. Let me tell you, Amazon Prime Video recently announced that the film ‘Sherni’ will be released on their streaming service in the next month i.e. June. Directed by filmmaker Amit Masurkar and produced by Abundantia Entertainment, Vidya Balan plays the lead role in this drama movie.

The film’s starcast includes versatile artists like Sharad Saxena, Mukul Chadha, Vijay Raj, Ila Arun, Brijendra Kala and Neeraj Kabi along with Vidya. Vidya Balan played the role of a strong-willed female officer in the film. Recently, Vijay Prime Video India director Vijay Subramaniam said, “Over the past few years Abundantia Entertainment and T-Series have become a powerhouse serving fresh and interesting content and we look forward to further strengthening our relationship with them.” Are excited After the success of ‘Shakuntala Devi’, we have brought another film ‘Lioness’ starring Vidya Balan to our customers around the world including India. This film will not only entertain the audience, but will also give them a unique feeling of adventure sitting at home. ‘

China announces family can have 3 children