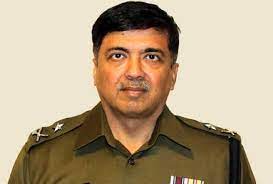 UP,30/6 (AO Bureau):1987 batch IPS officer Mukul Goyal will be the new DGP of UP. The Home Department has issued an order and has stamped the name of Mukul Goyal. Till now Mukul Goyal was posted in BSF. UPSC had sent a panel named Nasir Kamal, Mukul Goyal, Dr RP Singh to the UP government. There was also news of Mukul Goyal meeting CM Yogi late on Tuesday evening. Mukul Goyal is a resident of Muzaffarnagar in UP.

Goyal is a BTech from IIT New Delhi. He has been the SP of Azamgarh and the SSP of Varanasi, Gorakhpur, Saharanpur, Meerut. Has been the DIG of Kanpur, Agra, Bareilly. He has also been IG in ITBP, BSF. Goyal has also been ADG Railway in UP, CBCID and ADG Law and Order of UP in Akhilesh Yadav’s government.

Earlier, DGP HC Awasthi of Uttar Pradesh retired today on June 30. With retirement, he left his charge. HC Awasthi handed over the charge of DGP to UP’s ADG Law and Order Prashant Kumar. The government has now announced the next DGP.

IND vs ENG: Big blow to Team India, Shubman Gill out of the opening test