What is special about Johnson & Johnson’s single dose vaccine? 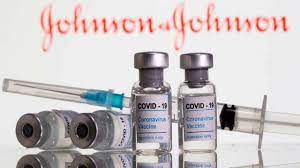 Johnson & Johnson’s single dose vaccine may be launched in India soon. Presently the company is in talks with the government. Meanwhile, the company has claimed that their vaccine is also effective against the dangerous delta variant. The US Food and Drug Administration (USFDA) approved Johnson & Johnson’s anti-Covid-19 vaccine in February. Whereas regulators in the UK gave it the green signal for use in the country on 28 May.

Let us know in detail how effective this vaccine is against Corona. Also, will a booster be needed after a single dose?

>>Single-dose vaccine has been found to be 85% effective against severe or very severe disease. The company claims that there is no need to go to the hospital after taking the dose of the vaccine.

>> The company has claimed that this vaccine has also shown very effective in South Africa and Brazil. It has been said in the study that cases of other variants were also very high in these two countries.

The company says that there will be no need for a booster dose for at least one year.