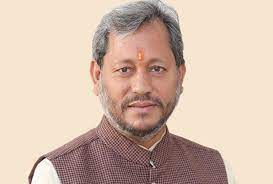 Uttarkhand, 2/7 (AO Bureau):Political agitation has intensified in Uttarakhand. The stir has intensified after the CM’s return to Dehradun. BJP MLAs have started gathering in Dehradun. According to sources, a meeting of the Legislature Party can be held in the next 24 to 36 hours. CM Tirath can meet the Governor tomorrow.

According to sources, Uttarakhand CM Tirath Singh Rawat has submitted his resignation to BJP President JP Nadda. He wrote that the constitutional process says that the CM should be a member of any house and when one year is left for the assembly elections, then by-elections cannot be held, so I am resigning from the post.

According to sources, Uttarakhand Chief Minister Teerth Singh Rawat offered to resign to BJP President JP Nadda as a constitutional crisis has arisen in the state. Tirath Singh Rawat has said in the letter that according to Article 164A, he had to become a member of the Legislative Assembly within six months after becoming the Chief Minister, but Article 151 says that if less than one year is left for the assembly elections, then bye-elections should not be held. can go That’s why I want to resign from the post of Chief Minister so that there is no constitutional crisis in Uttarakhand.

CM Tirath Singh Rawat has returned to Dehradun after Delhi for three days. In Delhi, he said in a press conference, “My political career started from UP. Then Uttarakhand state was formed and I came here. I got a chance to work there too. I am doing it here too. The party made me MP, made CM We will work on the strategy we decide next.”