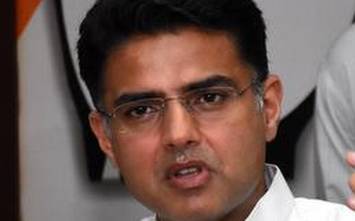 New Delhi, 19/7 (AO Bureau): Navjot Singh Sidhu has finally been made Congress state president in Punjab. Along with this, four working presidents have also been made. After the Congress high command resolved the political issue of Punjab, now all eyes are on Rajasthan. It is expected that soon the political dispute of Rajasthan will also be resolved. Especially the Sachin Pilot group is looking excited and hopeful about this. At the same time, this decision of the high command will increase the pressure on the Ashok Gehlot camp. Various speculations are also being made in the political circles. Meanwhile, a retweet of Ajay Maken has created a stir in the Rajasthan Congress.

It is also being speculated that in Rajasthan, Sachin Pilot can be re-occupied as the state president. At the same time, there is speculation that four working presidents will be made like Punjab. Amidst all this, there is also a stir with the retweet of a tweet by Ajay Maken and the pilot camp is considering it in its favor. At the same time, Gehlot camp is being told restless due to this retweet of Maken.

It is written in the tweet
Ajay Maken has retweeted two tweets of a journalist after Navjot Singh Sidhu was made the President of Punjab Congress. It was written in these tweets, ‘No satrap wins on his own in any state. In the name of Gandhi-Nehru family, the vote of the poor, weaker section, common man gets. But whether it is Amarinder Singh or Gehlot or Sheela earlier or anyone else!’

Yogi will be next CM of UP: Mahant Narendra Giri

You can easily record Voice Calls on WhatsApp, the way is for both Android and iOS