Taliban bowed before India’s pressure! Nishan Sahib put back on the Gurdwara of Afghanistan 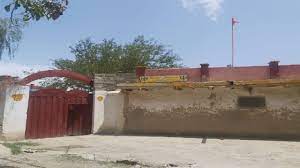 New Delhi, 7/8:With the news of the return of the US Army from Afghanistan after 20 years, the Taliban is once again spreading its foot there. Taliban has once again captured many areas of Afghanistan. It is reported that Nishan Sahib was forcibly removed by the Taliban from the historic Thala Sahib Gurdwara of Chakmani in Pakhtia province of Afghanistan, although it has been reinstated after pressure from India.

India had strongly condemned the removal of Nishan Sahib from the Gurudwara. According to sources, India condemned this act and said that Afghanistan should not take such step in future. According to reports received on Friday night, the Taliban was reconsidering its action. Meanwhile, Taliban spokesman Sohail Shaheen told News18, “The people of the Sikh community have never been stopped from following their customs and Nishan Sahab will be brought back.”

Father did not travel in bus for years to feed Ghee to Bajrang Punia, even left home, now won bronze in Tokyo