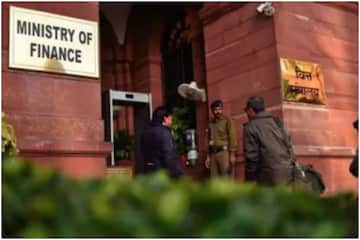 New Delhi,22/8:Many problems are coming in the new portal of Income Tax Department. Meanwhile, the Finance Ministry has issued summons to Salil Parekh, MD and CEO of Infosys, the country’s leading software services company. In the summons, he has been asked to give information about the disturbances in the portal.

It has been said in the summons that Salil Parekh should tell Finance Minister Nirmala Sitharaman on 23 August why the disturbances in the e-filing portal are continuing even after two and a half months. The Finance Ministry has asked Parekh why even after so many days the glitch related to the portal could not be rectified. Taxpayers are facing huge problems. From August 21, this portal is not available for taxpayers as some technical flaws are being reported in it.

Infosys got the contract in the year 2019

Infosys was awarded the contract in 2019 to develop the next generation income tax filing system. The objective behind this was to reduce the return scrutiny time from 63 days to one day and speed up the refund process.

The new portal was started on 7th June

The new income tax portal www.incometax.gov.in (www.incometax.gov.in) was launched with great enthusiasm on 7th June. There are technical issues on the portal since the beginning. Due to this, Finance Minister Nirmala Sitharaman had a meeting with Infosys officials on 22 June. Infosys has prepared this new website.

US is responsible for Kabul airport drama: Taliban