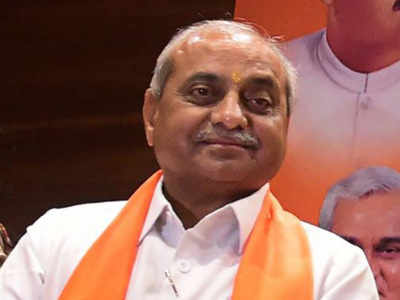 He said, those who talk of constitution, law, secularism will continue to do so as long as Hindus are in majority in this country. God forbid that this happens, but if in the next 1,000-2,000 years, the number of Hindus decreases, and the number of people of other religions increases, there will be no court, Lok Sabha, Constitution, secularism. Everything will become airborne, nothing will remain. Addressing an event on Friday to commemorate the statue installation ceremony at the temple of Goddess Bharat Mata organized by the Vishwa Hindu Parishad (VHP) in Gandhinagar, he said he was not talking about all Muslims or Christians, because among them A large number of people are patriotic.
More about this source textSource text required for additional translation information
Send feedback
Side panels