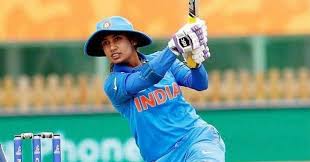 Lucknow, 14/3 (AO Bureau): In a major achievement, Indian Cricketer Mithali Raj created history by becoming the first woman cricketer to score 7000 runs in ODIs. Mithali achieved this feat as she completed her 26th run during the fourth ODI against South Africa at the Ekana Stadium in Lucknow. Mithali achieved this position in 213 matches. He has 7 centuries and 54 half-centuries in ODI cricket.
In the last match, 38-year-old Mithali became the first Indian and the second female player in the world to score 10,000 runs in international cricket. England’s Charlett Edwards was the first female player to score 10,000 runs in international cricket.
In addition to scoring 7000 runs in ODIs, Mithali has scored 2364 runs in 89 T20 Internationals. At the same time, he has 663 runs in 10 Test matches.