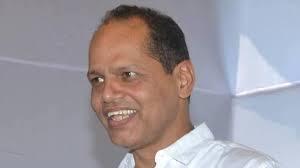 Jharpada, 12/6 (AO Bureau): In a major development , tainted Gopalpur MLA Pradeep Panigrahi, who was lodged in Jharpada special jail in the capital city of Odisha, was released on Saturday. He had been granted conditional bail yesterday by Orissa High Court.

Previously,  it was said that Panigrahi may be out of jail by 4 pm and he was released from Jharpada special jail today accordingly. His wife was present in the jail premises to receive the Gopalpur MLA.