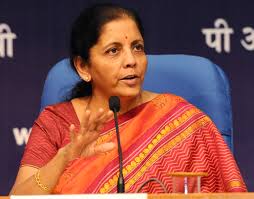 New Delhi, 12/6 (Ao Bureau)Union Finance Minister Nirmala Sitharaman on Saturday chaired the 44th meeting of the GST Council via video conferencing. Describing the decision taken in it, he said that no change has been made in the GST on the corona vaccine. Let us tell you that at present 5 percent GST is levied on the vaccine made in the country.
In the press conference after the meeting, the Finance Minister said that the GST Council approved making the black fungus medicine tax free. Apart from this, the GST Council has approved the proposal to reduce GST on Remdesivir drug from 12 percent to 5 percent. The rate of GST on oximeters, medical grade oxygen and ventilators has also been reduced from 12 percent to 5 percent.
Also read- Modi government’s big gift for the employed! So much money will come in your PF account in July, know details
75% vaccine is being made available for free
Sitharaman said that the central government is buying 75 percent of the vaccine and is also paying GST on it. The 75 percent vaccine that is being provided to the people in government hospitals free of cost will not have any effect on the public.