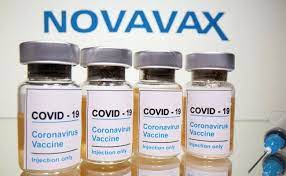 New Delhi, 14/6 (AO Bureau): Vaccine maker Novavax said on Monday that its vaccine is highly effective against COVID-19 and is also safe in many ways against variants. This fact has come out from a new and big study conducted in America and Mexico. In a late-stage study conducted in America and Mexico, many things have been reported. Vaccine maker Novavax said the vaccine was about 90% effective overall and preliminary data showed it was safe. While demand for the COVID-19 vaccine in the US has declined, the need for more vaccines around the world remains critical.

Novavax says this vaccine is easy to store and transport. Novavaccine is expected to play an important role in sending the vaccine to developing countries. However, that help is still months away. The company says it plans to get permission for shots in the U.S., Europe and elsewhere by the end of September and will then be able to produce 100 million doses a month. . Stanley Erck, chief executive of Novavax, said that many of our first doses will go to low- and middle-income countries, and that was the goal.

According to Our World in Data, when more than half of the US population had received at least one dose of a COVID-19 vaccine, less than 1 percent of people in developing countries could have received a vaccine. Novavax’s study involved nearly 30,000 people aged 18 and older in the US and Mexico. Of these, about two-thirds received both doses of the vaccine within a span of three weeks, and the rest received dummy shots.

PM Modi should reply on Ram Mandir Trust scam, should be investigated under court supervision: Congress

Another blow to the common man, inflation broke the record of 6 months, in May the CPI came to 6.30 percent