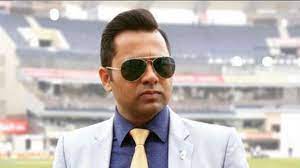 New Delhi, 28/6 (AO Bureau):After losing the final of the World Test Championship, Virat Kohli advised the batsmen of his team to change the mindset. Virat Kohli had said that batsmen need to take more risks to score runs. After this everyone started speculating that the captain had said this to Pujara. However, former Test cricketer Aakash Chopra does not agree with this. Aakash Chopra said that he feels that this thing was said in some other context. At the same time, Chopra even said that the work that Cheteshwar Pujara and Ajinkya Rahane can do, Rishabh Pant or Virat Kohli will not be able to do.

Aakash Chopra said this while replying to a fan on his YouTube channel. Aakash Chopra said, ‘I have no doubt that Pujara and Rahane will do well in the England series. But every player has his own way of scoring runs. We should respect everyone’s way. Pant will not be able to give what he will get from Pujara and what Rahane can do, he will not get from Virat Kohli.

‘Virat Kohli was talking about thinking not a player’
Aakash Chopra said that Virat Kohli spoke about thinking after the final of the World Test Championship, not a player. Let us tell you that Aakash Chopra had given points to Indian players after the WTC Final, in which Pujara was at the bottom. The 5-match Test series against England is to begin from August 4. The important thing is that the record of Pujara and Rahane in England is not good. In such a situation, both these players may have to work hard to score runs in England.